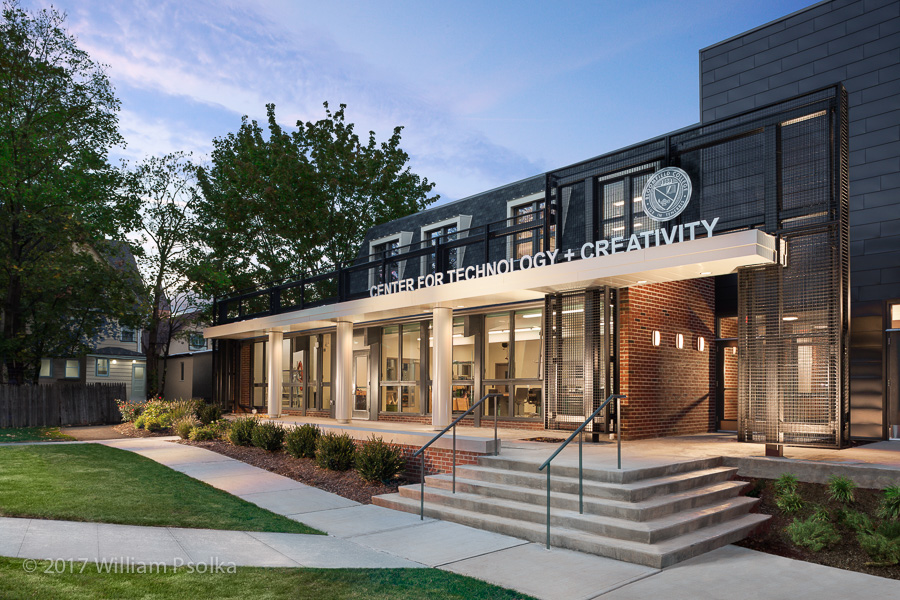 Bloomfield College has undergone some changes over the past few years, including the most recent Creative Commons facility. The project was a complex undertaking and we were pleased to photograph it at its final completion. We were also lucky enough to attend a recent scholarship fundraising event and get a window into the profound impact the college has on many of its students lives.

The Creative Commons project was photographed for long-time friends and clients, Fallon + Pacheco Architects. As always, their sense of space, style and color has resulted in a beautiful final result. Since there was a substantial amount of work done, we photographed the spaces on separate days, months apart.

This project was a comprehensive set of changes and challenges to unite three separate buildings into a building focused on providing a collaboration-based environment for a diverse set of disciplines. The project involved significant alterations, an exterior restoration of a historic building and an addition. This building is the first element of what will become a new Quad and involved connecting the new facility to existing gallery and Motion Capture studio space in the adjacent library.

The project totaled 26,100 sq. ft. and had the following three components.

Some design challenges for Fallon + Pacheco were to address the diverse program needs within existing structures while respecting the Historic Club Building, to connect the adjacent Library and existing program spaces while unifying the streetscape and to do all this within a small, private institution’s budget limitations. The design approach was multi-faceted, including addressing the varying floor elevations, prviding display space and creating a strong axis to link the building. The approach for the exterior included creating cohesiveness through metal panels and windows, provide outdoor space for studio work and performances along with restoring the Historic Club Builing. 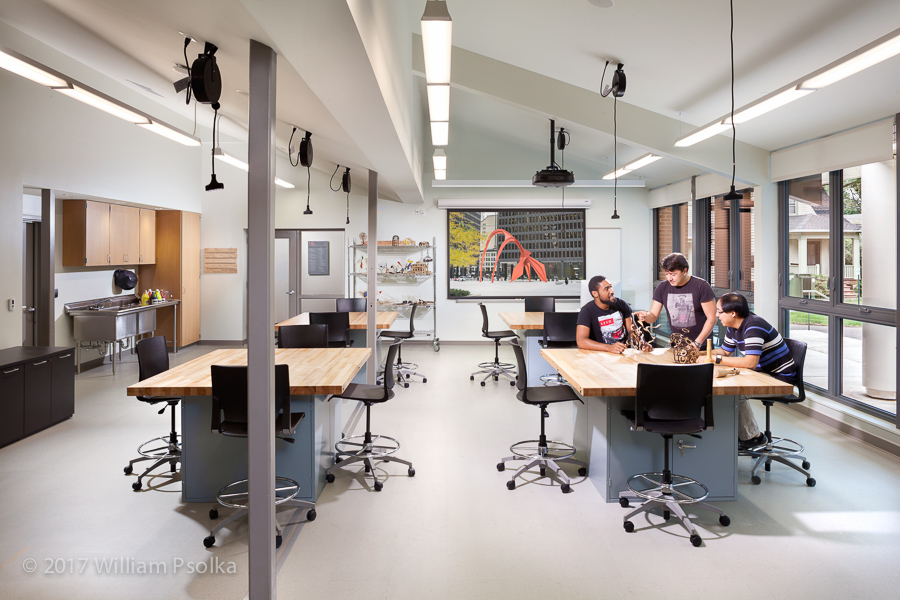 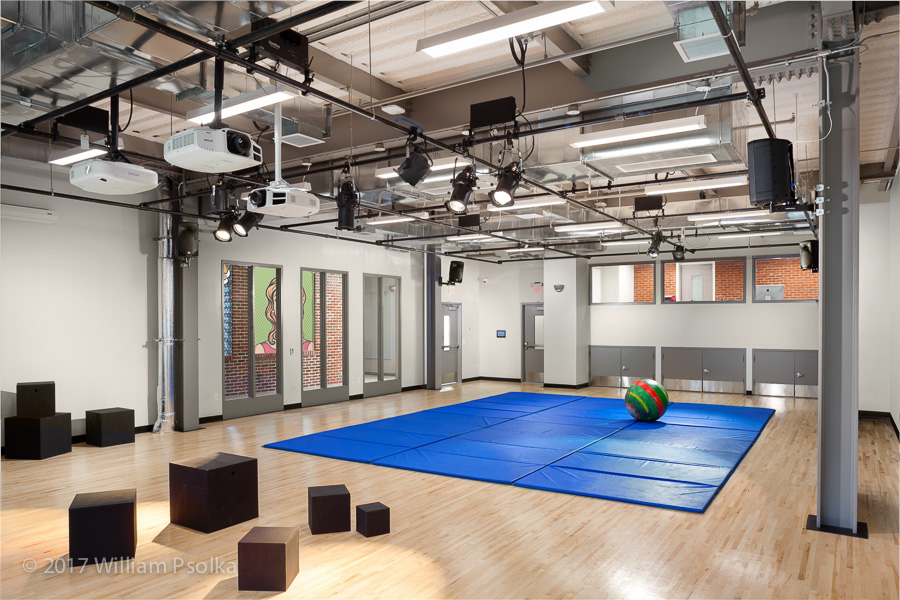 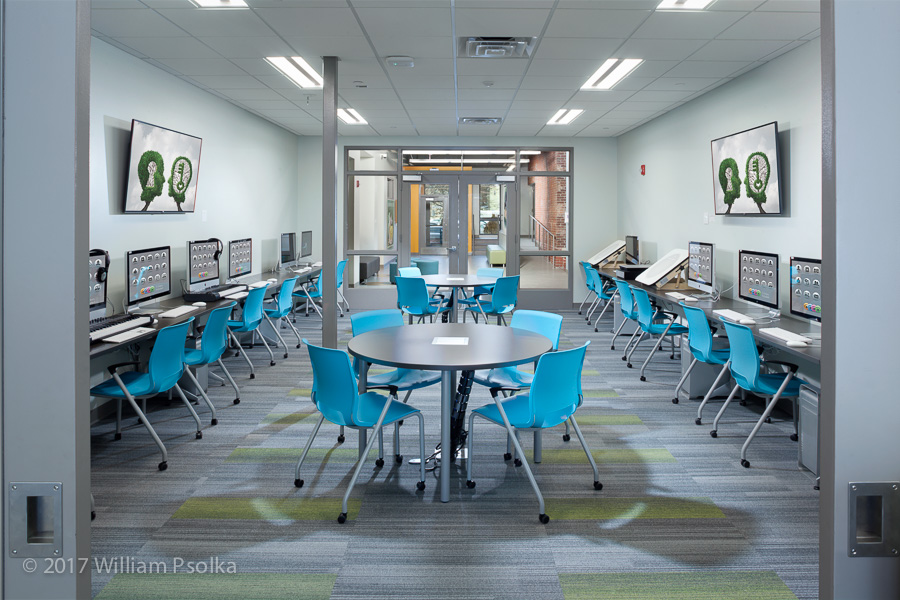 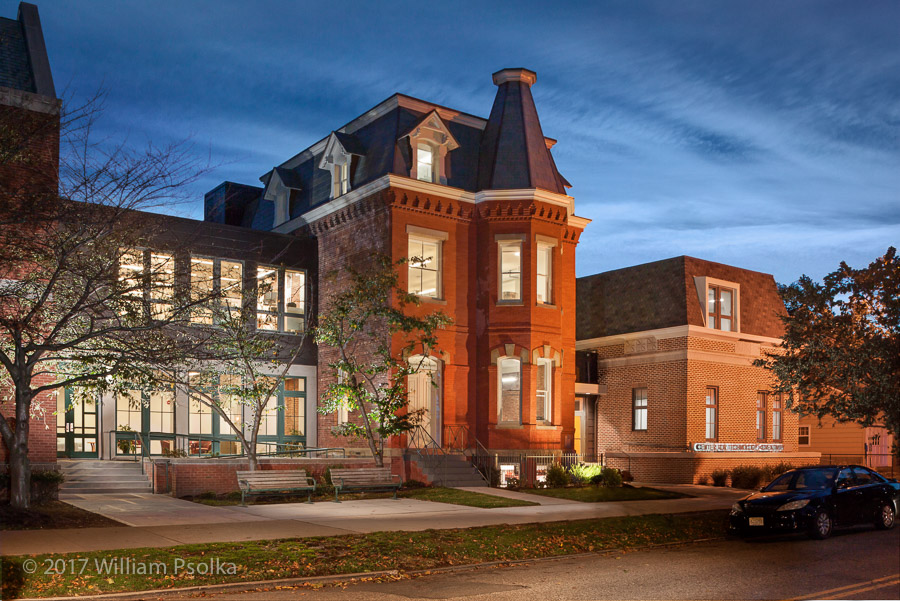 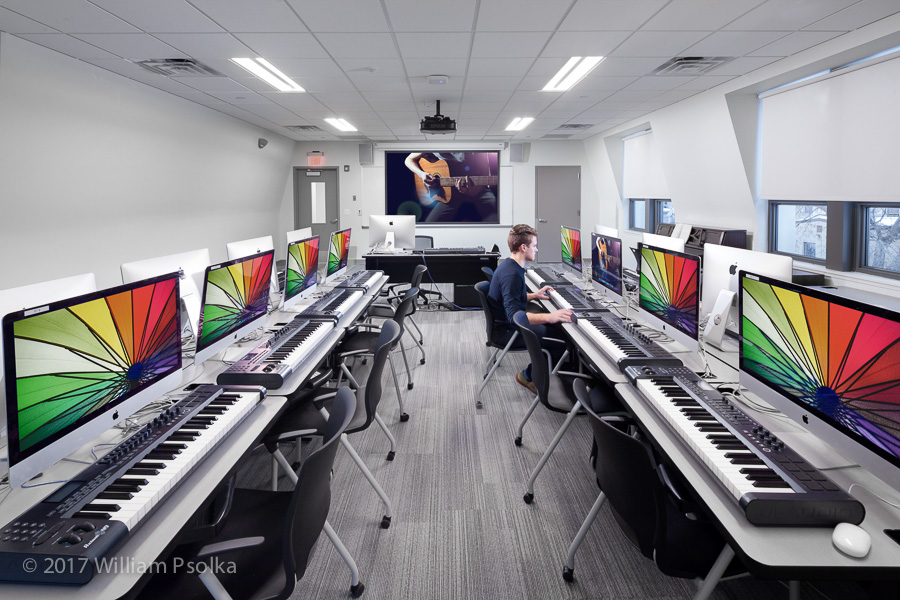 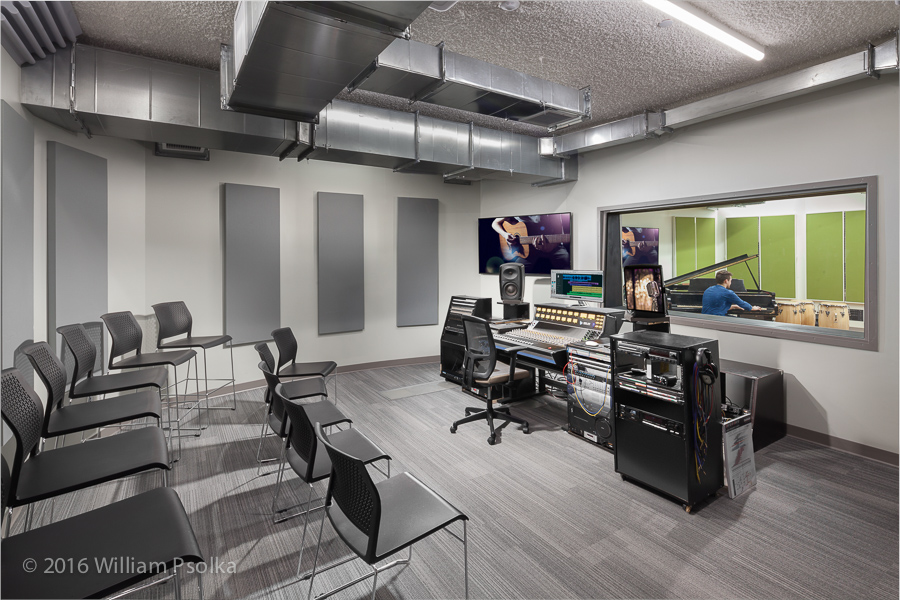 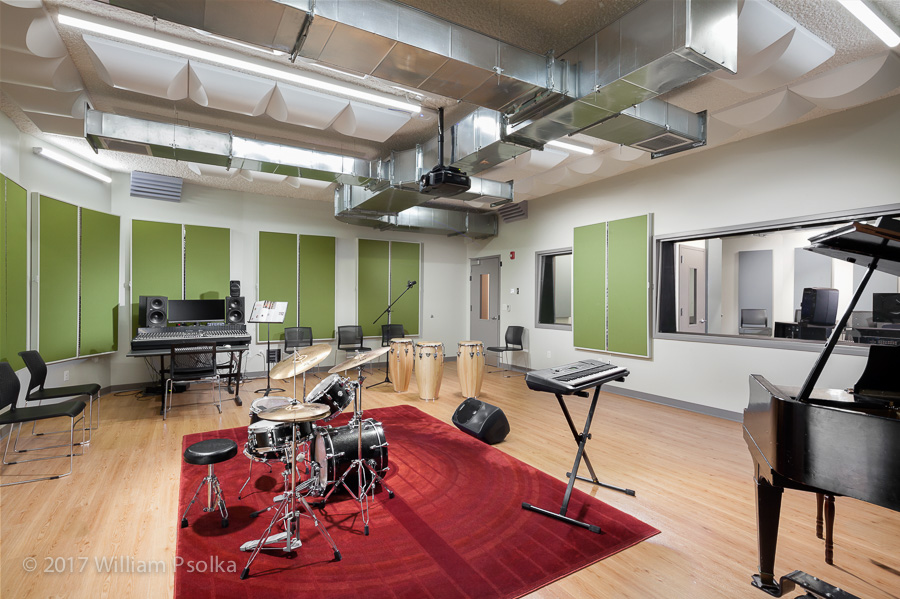 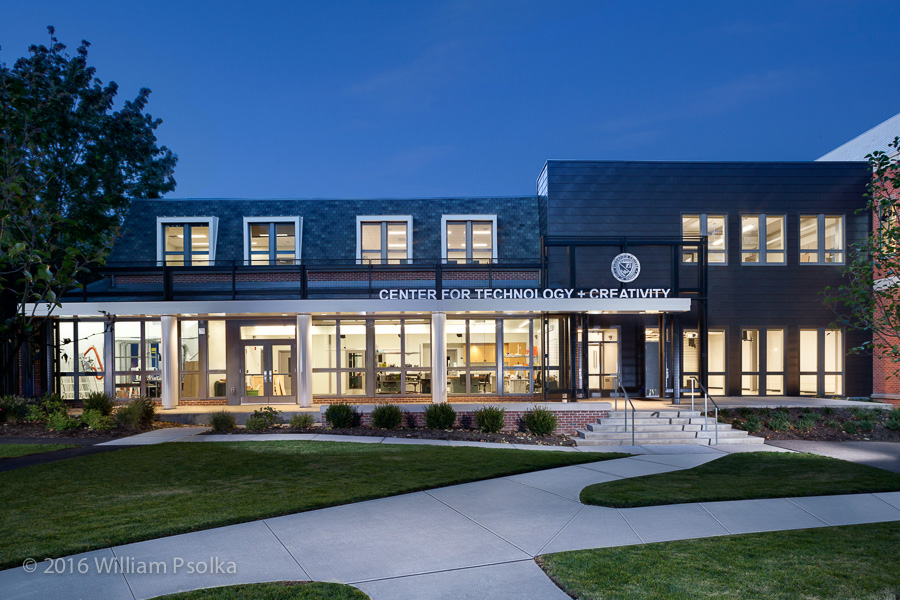 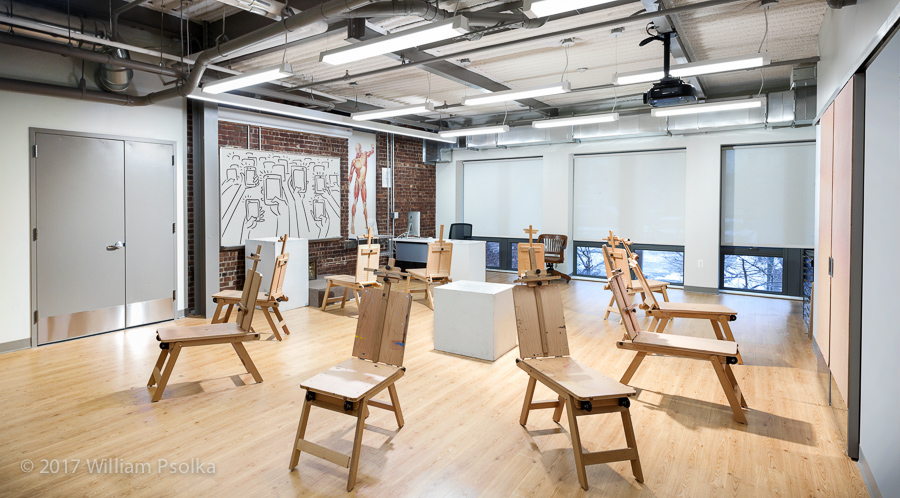 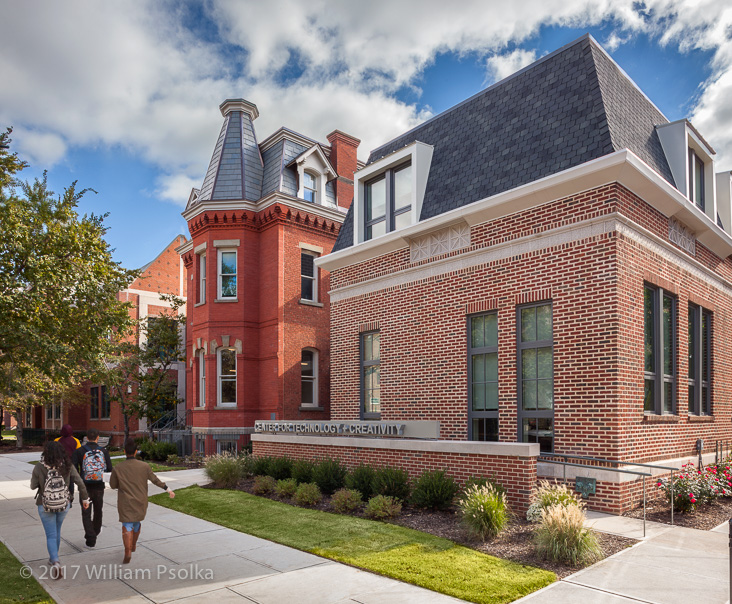